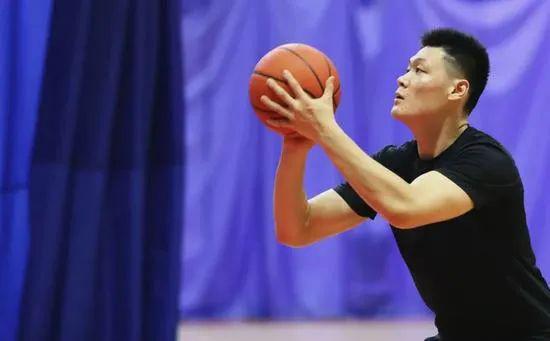 In the game on September 24, Zhang Ning performed outstandingly. In the 25-point scoring, there were three-pointers from the outside and several fouls on the inside. He also scored several 2+1s. The defensive end Zhang Ning is also very active. Although there is indeed a disadvantage in speed, he has a very active defensive attitude and can rely on his body to limit the opponent, successfully steal and complete the score.

On September 25, the two sides had a second warm-up match, and Shanxi defeated Jiangsu Kendia again 95-91. Zhang Ning played for about 18 minutes in this game, without a point.

Many fans worry that Zhang Ning is too slow to adapt to the rhythm of the CBA game. Shanxi coach Ding Wei said in an interview: "The new season will definitely arrange playing time for Zhang Ning, but I also hope that he will be mentally prepared and realize the cruelty of CBA."

As for the king who was selected in the second round, he was crowned because he did not pass the medical examination and finally missed Shanxi.